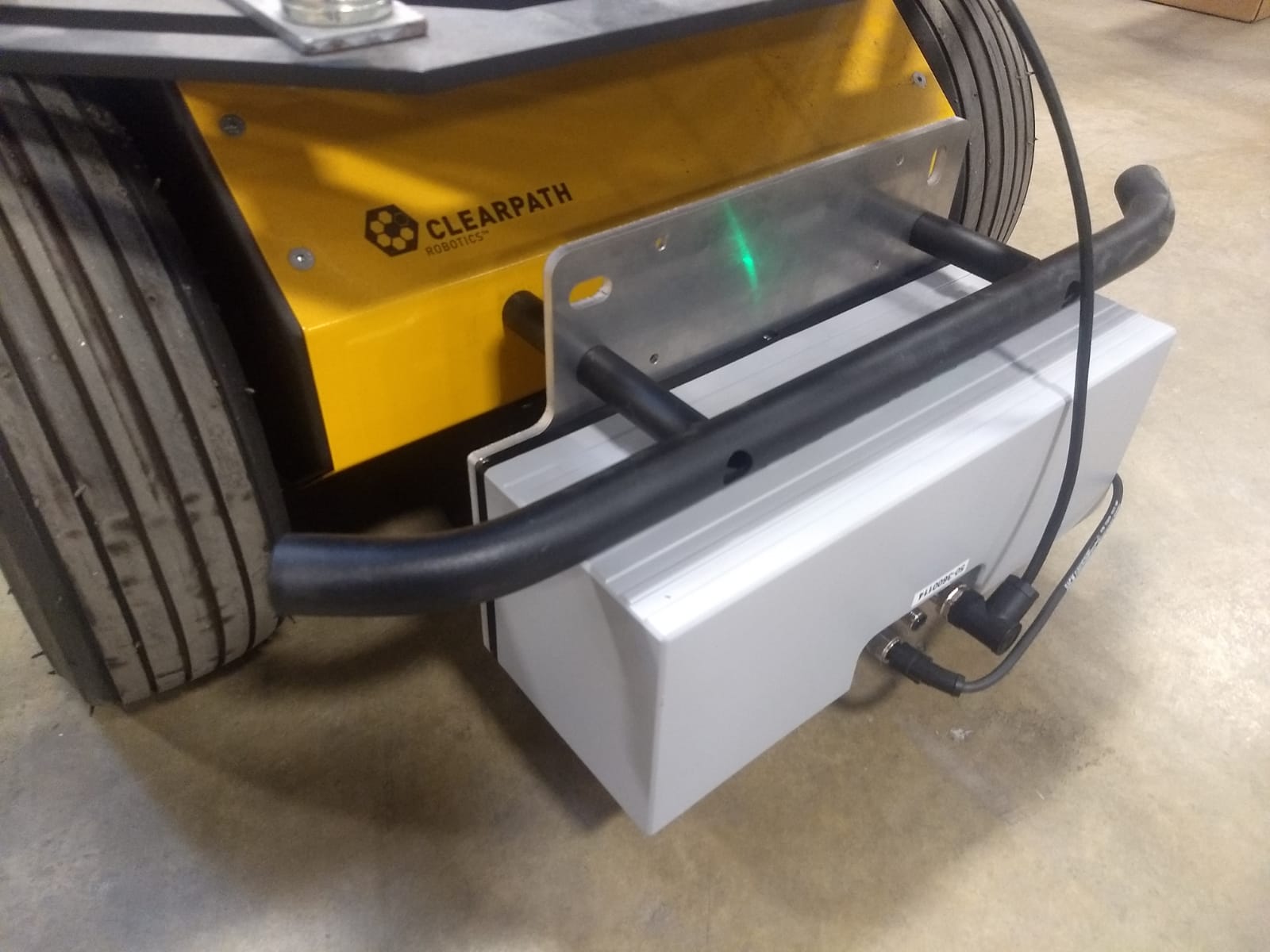 The postal industry is subjected to significant fluctuations in workload. To scale up during busy times such as Christmas, temporary distribution centers are set up. Automation on such short term in such a highly dynamic environment is rarely worthwhile. RUVU were given the challenge to develop a robot software application for this use case. Key was to make it easy to demonstrate the possibilities of mobile robots for someone with minimum knowledge about Autonomous Mobile Robots (AMRs).

Due to the movement of carts, pallets, and people, the workspace is continuously changing, causing traditional lidar-based localization methods such as natural feature localization to fail. Instead, RUVU decided to use a relatively new technique, offered by Accerion, which maps the natural features of the ground surface.

RUVU implemented a simple, yet effective, Teach & Repeat functionality. The sensor was mounted to a Clearpath Husky mobile robot, which could be controlled using a gamepad. The robot is taught to drive a route by manually maneuvering it through the distribution center, stopping at various points of interest. During this Teach phase, the Jupiter sensor maps the floor surface features as a reference for later, while the Teach & Repeat software stores the corresponding positions and orientations of the robot.

After the Teach phase, the robot can be switched to Repeat mode to autonomously execute this exact route accurately and safely. Since the robot’s path could be obstructed by people or objects, a lidar was fitted. On the detection of an obstacle, the robot stops and waits until its path is free.

Since learning the route and mapping the floor can be done simultaneously, a map of the entire environment is not required. This way, the robot can be set up in an operational environment within just 5 minutes. The robot would stop at the indicated points of interest with an accuracy below 10 mm. The best of it all is that this works on your robot too.